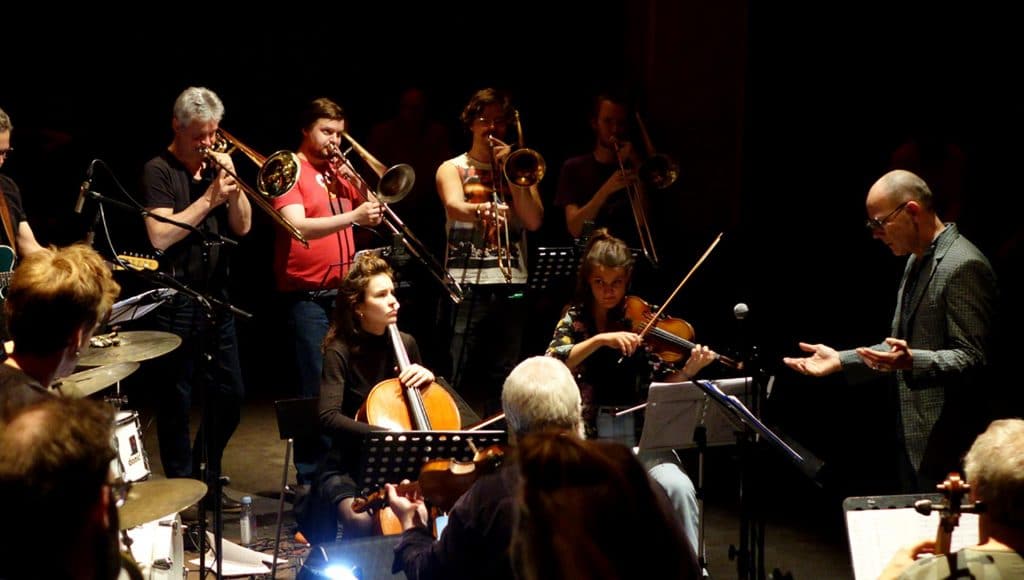 The work for the new album of The Dorf started in a time where it seemed impossible to stop or even pause the spiral of endless capitalism – which then surprisingly happened through Corona. No protest seemed to fit, activists like Greta Thunberg were laughed at – it felt like a dead end road leading into disaster.
The first conceptual idea for this album was to connect to the tradition of workers-/ protest-songs, that could be sung together by a lot of people.
But the times  where a refrain could easily contain “death to capitalism” had gone, so the lyrics on Protest Possible are loaded with emotions of resistance, accusation and protest, but are also multidimensional and subtle in their meanings and strategies.